MagicBuoy provides underwater fixed-point observation with the high-performance functions of AquaMagic (fish identification system). It also has lower power consumption and a large-capacity battery, which allows for continuous observation for about 1 month. MagicBuoy can be used for observation of fish reefs and stationary nets.

You can see the entire cage

By using FINE Technology and high frequency, the cage’s interior can be visualized with high accuracy. MagicMonitor strongly supports the areas that have been relied by human experience till now, such as grasping fish size growth situation and the number of fish.

High-performance analysis software brings out the performance of AquaMagic series

AquaMagic reveals a deep-sea world where approximately 15% of the whole world is known. AquaMagic measures high-definition ocean topography that has never been possible with FINE Technology that transmits continuous ultrasonic waves regardless of the depth. For example, it requires 13.3 seconds (= 10,000mx2 / 1500m per sec) using conventional technology to detect the sea floor of 10,000m. With FINE Technology, it is able to send as many as 10 transmission pulses per second, allowing it to explore the sea floor at a speed as high as 133 times compared to conventional technology.

AquaFusion plans to participate in a seabed exploration project formed by a team of various fields. In this project, we are in charge of development of the device that can explore the deep sea of 3,000 m class (AquaMagic deep sea version). We will contribute to the development of the seabed topographic map. 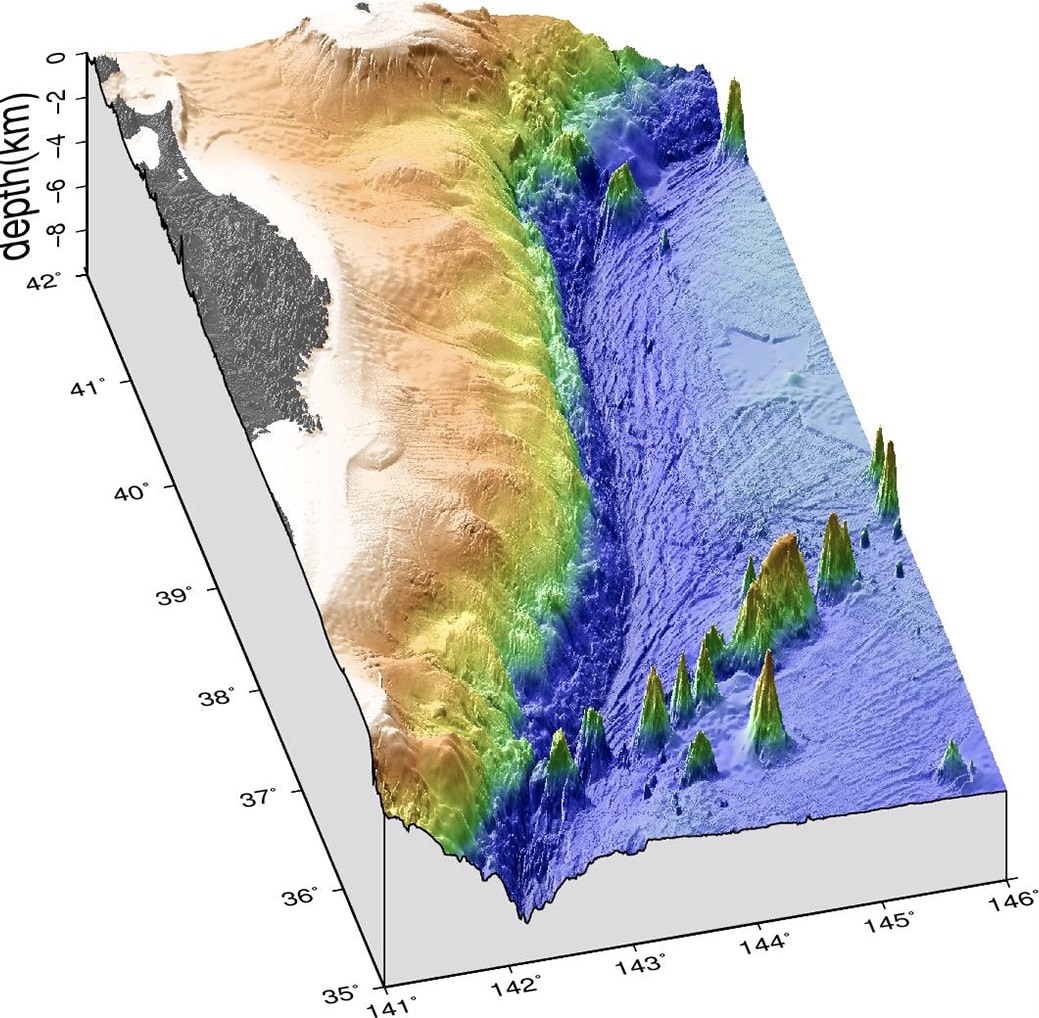 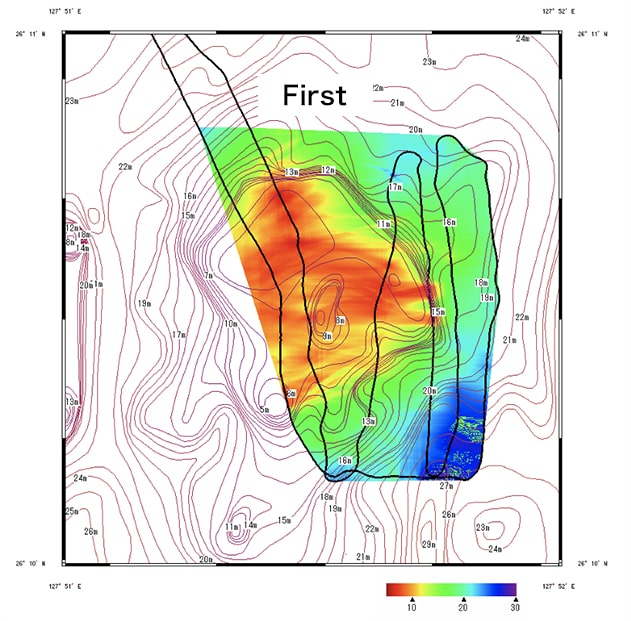 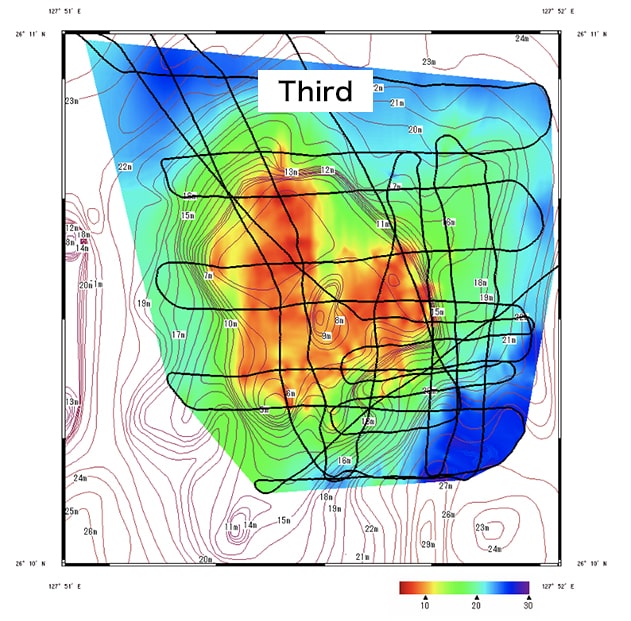 Marine microplastics * 1 which studies have shown the near impossibility to recover once released into the ocean, has been a growing environmental concern in recent days. The ingestion of microplastics by marine organisms could cause disruptions to the marine ecosystem and possible health risks on humans exposed to these pollutants by consuming contaminated seafood. Although countries have efforts in promoting plastic reduction, Asia region that is the large significant amount of plastic waste has posed serious problems. At present, there is no existing technology that is able to measure the level of microplastics contamination in the ocean. With AquaMagic, it is able to detect micro plastics of 5 mm and it is our goal to contribute in the environmental research on microplastics.
* 1: Very small plastic marine debris of 5 mm or less 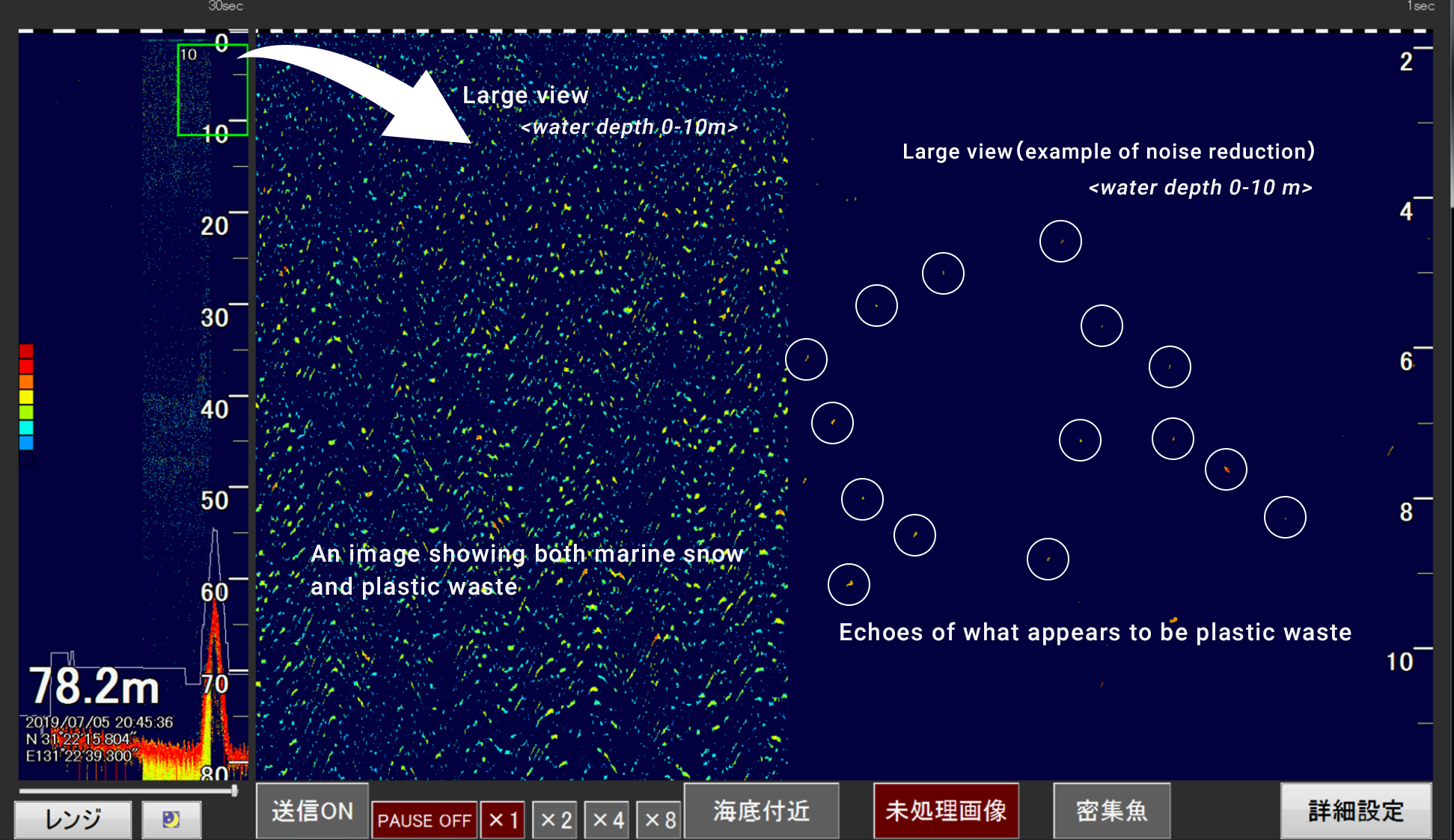 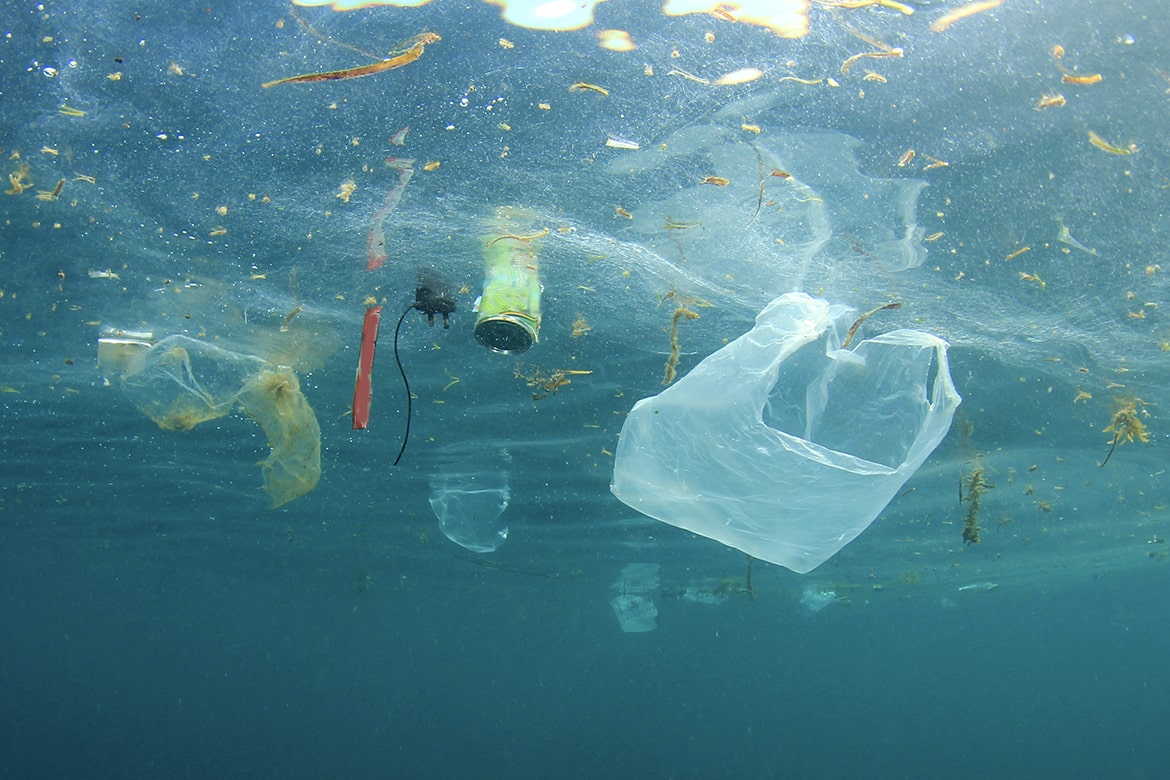